How to make a QBasic game – A tiny snake game 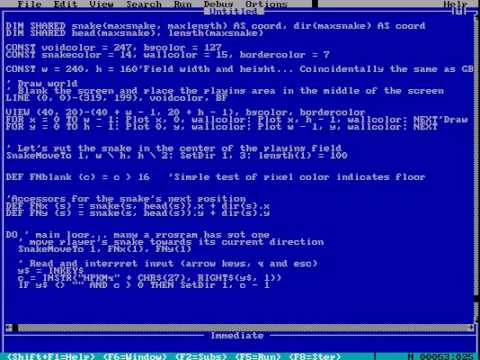 In this video, a game is created in Microsoft’s QBasic, from scratch. You see me type every line.
The background music has been created by me with the exception of the last song, which is created by Skaven / Future Crew. The S3M player (both of them) have been also written by me, though I created them long before making this video.

Microsoft QBasic was shipped without extra charge with MS-DOS versions 4 through 5.
It was a popular programming platform for beginner programmers back then. Even today, it remains one of the easiest platforms to start programming something visual. In this video, I go a step further and demonstrate that it is even possible to play modular AdLib music (S3M files) with QBasic.

The source code (and the script I used for reference when creating this video) can be found at:

The QBasic S3M player can be found at: