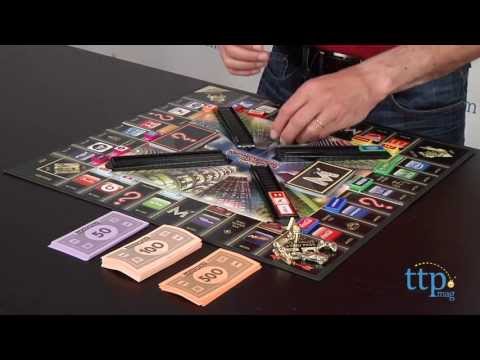 For the full review, where it’s in stock, and how much it costs, visit

Monopoly Empire is an all-new version of the classic Monopoly game from Hasbro. And unlike the original game, there are no cards in Monopoly Empire. Instead, players build their “empires” by buying and selling world-famous brands to create the tallest billboard tower.

Players start by selecting one of the six branded game tokens: a Ducati motorcycle, McDonald’s French fries, an Xbox controller, a Coca-Cola bottle, a Chevrolet racecar, or a Paramount clapboard. Then players take turns moving around the board game, buying up brands, and adding them to their towers. Continue around the board and be the first player to stack your billboards to the top of your tower to win the game.

The game features 22 top brands throughout the game, including Nerf, JetBlue, Spotify, and more. A guide to the brands is also included in the back of the game guide. The game also includes a game board, four towers, six tokens, 30 billboard tiles, six office tiles, 14 chance cards, 14 empire cards, a money pack, and two dice.